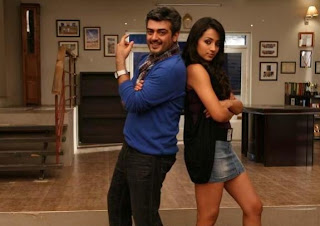 One of the biggest blockbusters in tamil cinema, “Mankatha” featuring Ajith Kumar and Trisha Krishnan is expected to release shortly. The movie which is the 50th film of the ace actor and a landmark accomplishment has been under production for over a year now, and is expected to be no less a thriller with the actor playing a dark role (something that's unusual in commercial cinema). The same actors previous movie “Asal” (which was basking under the glory of the previous super hit release “Billa”) was a damp squib despite the hype that was generated before the film’s release. However, the crew has done an excellent job this time around and has kept the curiosity high over the past few months. It was the first time that a “single” – one song in the film’s soundtrack (which also happens to be the title track) was released three months ago. Something that’s not a done thing otherwise. The CD was priced at Rs. 55 (a little over 1 USD), comprised of a personally autographed poster by the actor and also included other hits of the same music Director Yuvan Shankar Raja, son of Music Maestro Illayaraja. A few days ago, the latest CD including 6 songs and a remix version of the title track was released for a magic price of Rs. 99/- Needless to say, the album has been dominating the list of Chartbusters for the past 2 weeks. And just now, another version of the CD priced at Rs. 149/- is out on the stands – the CD includes a sticker of the game based on which the film is named. Once the film release, the sales of audio CDs is expected to surge once again. The official trailer was released a few days back and needless to say, it looks “chic” to say the least. 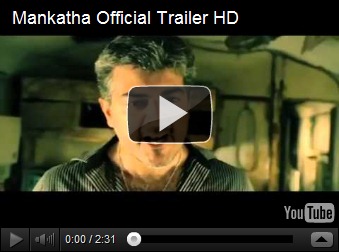 The first project that I undertook as a Management Trainee after joining Musicworld at Kolkata a decade ago was to measure the impact of Airplay, if any. While the results were indeed exciting, what was more intriguing me was the expectation of sales staff of an upcoming Sales surge. And the reason – Amitabh Bacchhan, Shah Rukh Khan multi-starrer “Kabhi kushi Kabhie gham” was about to be released shortly. So? I wondered. The staff who had been working in the business for a few years before I joined explained how the launch of the music album would increase footfalls by two-three fold and hence, purchases across other categories would increase. You must be kidding, I felt. But they were right. After all, the love of Bengalis to the Big B, also endeared collectively as the regions’ son-in-law is extremely touching. On the first day of the music launch, the store sold over 300 cassettes and 100 CDs while the footfalls simply doubled – in my opinion, that was a miracle! SONY Music had timed it well, just around the weekend which ensured the store achieved its target by by more than 100%. And many new shoppers walked into the store for the first time, and a few were even imagining it to a notional store like how it would be in London, Paris or New York. But the good thing was many of them repeated their visits over the ensuing months. And spent more money thereafter. Upgraded from Cassettes to CDs. Even today, this particular store attracts one of the most number of footfalls as a standalone music store anywhere in India! Proud to have been part of this iconic store. To my surprise, I personally experienced the illustration above. And when I walked out of the Musicworld store – this time on MG Road, Kochi after buying the “Mankatha” audio CD, I was smiling – thinking about the power of such launches. And how they drive footfalls and how such footfalls spend more than what they walked into the store for! Four times, in my case.

With digital music all over the place, do physical CDs have any shelf space worthiness at Retail stores? Of course, they do. The penetration of smart devices such as iPods and other similar personal music players, music on mobile phones and tablets etc. is still very low when compared to the spread of Music players (at home). Also, the enjoyment of hearing music on a personal headphone or earphone cannot be comparable to the one while hearing on a Home Theatre system or even in a Car stereo. Needless to say, consumers are already listening to their favourite music across various gadgets, but that doesn’t mean the end of physical audio. When FM Radio was opened up a decade ago in India, the Music Industry feared severe sales arbitrage. Yes, it did some damage. But the industry didn’t get wiped out, as was expected. This market is huge, and its all about how the consumer is served, across various avenues. The good old LP Player and the iconic Sony Walkman™ took many decades to get discontinued. Audio Music Cassettes still have a market opportunity and so do Music CDs. I fear no wipe-out of these media – just that they would become far cheaper in cost, thanks to technology involved in production as well as alternative options for consumers. So, shoppers would keep coming to the stores to buy their favourite music off the shelves for a long time to come.

For now, am back to listening my favourite sound track these days. Waiting to play the game – Mankatha! In real life too, soon. More in my next.