I came across an article recently on Times of India according to which Airports Authority of India (AAI) plans to turn-off air-conditioning in certain parts of the airports to reduce its expenses. “Our model for low-cost airports is based on a good low-cost carrier where people will get good, cost-efficient services. AC is the single biggest cost factor in airports. We are examining models to cut down the need for air-conditioning in the tier III airports that will come up,” said a senior official of AAI. Hubli in Karnataka will prove to be the first test case for this new phenomenon. The AAI is building an airport in Hubli for which the terminal cost has been pegged at Rs 60 crore (USD 13 Million). “We are going to further reduce this cost by shunning the fancy and shining tiles used for flooring and are looking at more areas for economy without compromising the efficiency and comfort level for flyers,” said sources. There is an increasing clamour among airlines, many of whom are struggling to survive and unable to pay hefty fees that the fancy new airports levy. Their logic: have economic airports with low charges so that flying remains affordable as high charges for ‘Taj Mahal’ kind of airports would have to be recovered in the form of higher fares from passengers.

Another recent article in The Economic Times illustrates the financial performance of GMR Airports, the company that has built and manages two of the top 6 airports in India at Delhi and Hyderabad. Incidentally, Hyderabad Airport is the Number 1 among its peers according to the latest ACI Survey which grades airports across the world on passenger amenities and services. And yes, GMR neither switches off nor plans to switch of A/c. Their opportunity – non-Aeronautical Revenues which includes Retail and F&B options at the airport premises. World over, non-Aeronautical revenues account 30-50% of an airport’s revenues. Of this, Retail/F&B contributes significantly, over 70% in some cases closely followed by “Car Parking Revenues”. 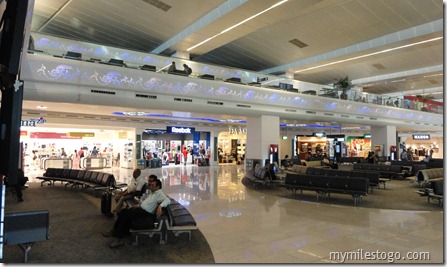 In India, the focus on Non-Aero income has hardly been given importance by AAI, the erstwhile operator of the top airports in India (located at Mumbai, Delhi, Bangalore and Hyderabad which are now privatised). In the year 2006, Airport privatisation was formally passed on a Private-Public Partnership model (PPP) and Delhi, Mumbai airports were handed over by AAI to two private parties, viz., GMR and GVK to modernize the respective airports. While Mumbai is half-done (not sure which half), Delhi has a swanky new terminal, more popularly known as T3, built at a cost of over USD 2.5 billion. Over 100,000 sft of space is dedicated to Retail, F&B and other commercial areas and also boasts the largest car parking facility in town! (while compared to any other Mall or Shopping Centre). Hyderabad and Bangalore had their own greenfield (built from scratch) airports led by GMR and Zurich airports’ consortium in the year 2008.

Instead of switching off A/c or using inferior quality of flooring and other amenities, AAI should rather focus more on the commercial opportunities. AAI follows the “Competitive Tender” model where the bidder with the highest bid amount qualifies to operate the said commercial locations. Needless to say, most of the branded players shun from such tenders due to inconsistency of participation. For example, a branded pizza chain cannot sell beyond their range, so does a branded formal wear Retailer! Most of the spaces that are tendered out are between 8-20 sqm (about 90 – 220 sft) for a snack bar or even a specialised category apparel / accessories store or a book store! It’s not only a business challenge to run a retail establishment within such a small area – but it doesn’t provide a good retail experience as well. This is a fundamental philosophy-flaw of AAI that needs to change. Change NOW. 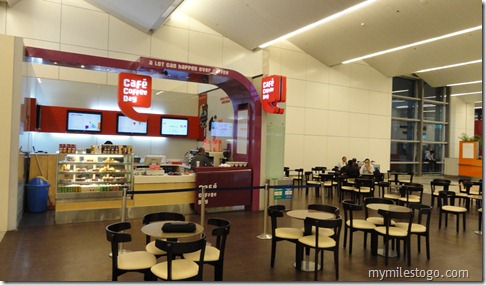 If done properly, AAI can expect to garner reasonably good revenues from Non-Aero revenues. Chennai and Kolkata Airports which are being modernised by the AAI themselves will be a litmus test for Retailers. These airports are as large or larger than Bangalore & Hyderabad and the customer (Read: Passenger) is the same who is spending time and money at Delhi, Mumbai and other International airports. So, the intent to spend / opportunity to serve is already huge. With the burgeoning spends in Organized Retail even in tier II and tier III cities growing by over 35% year on year, it is no surprise that passengers in smaller airports / cities would spend on good quality products and services. HMSHost, a leading player in the F&B space at airports worldwide is now the largest player across Indian airports with significant presence at Bangalore, Hyderabad, Mumbai and more recently at AAI managed airports at Chandigarh and Lucknow. Cafe Coffee Day, India’s largest cafe chain operates over 25 locations across various airports in India.

So now, its up to AAI how they would want to capture the wallet-spends of its passengers! As a regular user of airports, I wouldn’t mind lesser space at the terminals (as a passenger, my dwell time is no more than 45 minutes and I am not going to play football anyway), rather prefer a comfortable environment – reasonably well maintained terminals and hygienic toilets included.

Hope – the most important word in our lives. I hope things will change. Even with AAI. Let’s see. 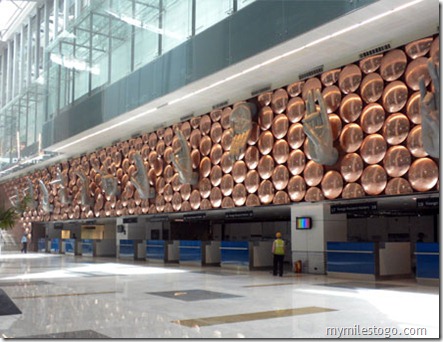