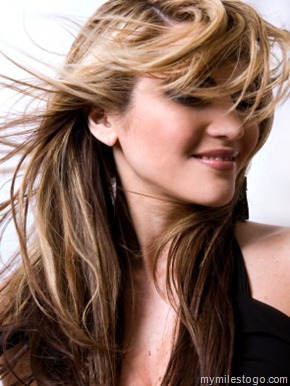 I asked him, “are there people in your store who have had a love-failure"??” and obviously he was confused. He called for his supervisor and I repeated my question. Both of them gave me a warm smile and declined that there wasn’t anything of that sort. So, why play such boring music of love-songs at a Hair Salon post noon?!? I quipped. He was quick to change the music and I told him that it wasn’t for me but for his employees too. This incident happened recently at a hair salon when I was out for my monthly activity. I have been a firm believer that “air play” or the music that you play at your retail store, irrespective of its format has an impact on the customers and their tendency to shop/consume more. And there is no standard laundry list of what kind of songs to be played across formats – these are learned over time and are specific to the history (of customer behaviour) and the geography (of the store’s location).

A salon must be playing peppy songs  most often. As it is, a hair cut or a similar activity is a reasonably boring one (and I specifically refer it only to men) while women seem to focus more on the job being done. The staff must be happy and cheerful all the time – after all, they promise to change the way one looks and this is an important thing that most Senior Managements at Retail companies give a miss. While they focus on clean and hygienic environments (which is a must in a salon), things such as mood-lighting and sound (read: music) is often ignored, though not intentionally. It could be different for various services within a Salon. For Ex., the music to be played while a hair-cut is being undertaken could be significantly different than when, say a body massage is being given. I was a month ago, outing at a Kerala Ayurvedic Massage centre, its more of a therapy than just a massage, I would say and to my surprise, there was no music! The whole place was smelling of essential oils, which seem to be suffocating at some stage. I did share my feedback with their front-office and they gave a lame reason – that the speaker wasn’t working. Hope these things get corrected.

For my new born child, I was looking for a cradle and visited many stores that stocked “Baby Products” in Chennai. Not one was  playing music! They could easily be selling music CDs and DVDs for kids of various age – though these are low-margin, low-value items, they increase the basket size without much effort. Mom and Me, the baby products and maternity store operated by Mahindra Retail was playing a DVD on their LCD screen which was located 15 feet above the ground. One had to look up all the way to see what was going on. Ofcourse, it was better to play something than nothing, I felt.

Saravana Stores, a regional Retailer based out of Chennai which has one of the highest footfalls into their million square feet stores recently was playing “Jam” by Michael Jackson, while most of their customers wouldn’t have even known the pop icon. India’s largest Hypermarket Retailer Big Bazaar had sometime ago tied up with a Radio station with national presence but which plays regional songs. Makes sense. Retailers need to talk the same language as the customer and create the mood for consuming more. Cafes and eateries such as Café Coffee Day, Gloria Jeans, Pizza hut, etc. typically play the latest hits while a fine-dine restaurant plays mellow music, usually instrumental such as a piano or piped instrument. Pubs and Bars, as always play music that is so loud that patrons have to speak at the top of their voice to be heard. Grocery stores may choose to play local music but not something that is very jazzy! Department Stores and Malls too play soft music most often. The moments of truth, irrespective of the retailer’s origin or market remains the same.

The power of air play is huge. Few Retailers have realised and used it well. Hope to see many more use them smartly – afterall, good music can aid in higher conversions!