All roads lead to CENTRAL… 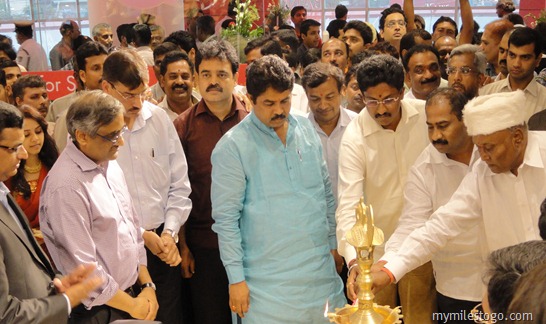 It was a bit nostalgic for me to be present at site for this event – after all, it was the 18th mall of Central that was getting inaugurated. When the first Central Mall opened in May 2003, I was, along with the Asst. Mall Manager regulating traffic at the entrance of the Mall. I didn’t know to drive a four-wheeler then, so while my colleague was undertaking “valet parking” himself, I was directing visitors to the Mall entrance. The first Central at Bangalore was spread over a lakh square feet, located strategically at the confluence of MG Road, Commissariat Road and Residency Road, opposite Mayo Hall, one of those historic buildings that served as a Civil court and was used for additional car parking during the weekends. Being the first so-called Mall in Bangalore, we witnessed thousands throng the Mall over the first few days, thanks to a four-page advertorial along with the main newspaper released on its day of opening. Within a year, Central Malls opened at Hyderabad and Pune. Founder and CEO of The Future Group, Kishore Biyani envisioned this format as a bridge between the Department Store and a large Mall, what I would term as a “Neighbourhood Mall”. While neighbourhood malls, typically spread between 2-3 lakh square feet are quite famous in the US and Europe, it is indeed new in India. Meanwhile, Central grew from town to town and finally came up of age (18) at its birth place of Bangalore. This is the third Central Mall in town and is also the largest among its other locations in India. Spread over 3.25 lakh sft. across four floors, the Mall has everything that a family needs – from Grocery to Fashion, Restaurants to Home Care. Cafe Coffee Day, Mc Donalds, Pizza Hut & KFC are four strong F&B players while Ezone and Food Bazaar are other anchors that are expected to pull crowds. Cinemax will open its first cinema hall with five screens and a Foodcourt will accompany shortly. While there is parking availability for over 400 four wheelers and about 200 two-wheelers, CENTRAL was the first Retail format which introduced a full redemption of parking fees eight years ago – a feat that has remained so over the years and has been one of the strongest reasons for repeat footfalls. 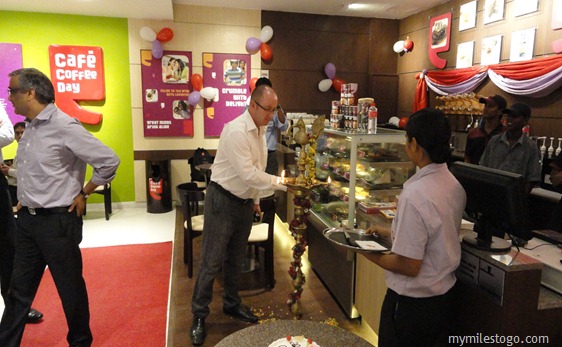 On 29th May 2011, Central 3, as it is famously referred to was inaugurated among much fanfare and enthusiasm of employees and associates of India’s largest Retailer. Mr. Biyani himself was present at the function, an act that he rarely does. While lighting the traditional lamp at the Cafe Coffee Day outlet within the mall, he quipped, “I am not a fan of such inaugurations, I don’t cut a cake”. True. With the speed at which the group is expanding, he would certainly not have the time to visit every store that opens every other day, in some format, in some town or city across the country. Under the able leadership of Mr. Vishnu Prasad, who has remained the CEO of Central Malls (along with Brand Factory – the discount format department store), Central has not just grown in number of locations, but has maintained its consistency, discipline, growth and profitability over the years. In my second job at one of the upcoming Retail companies in India way back in 2003, I was reporting to him – as a Relationship Manager looking after the non-apparel businesses within the Mall. I chose to move on after a while, but the brand kept growing – and this is where they are. Not that I am complaining, thanks to where I am. 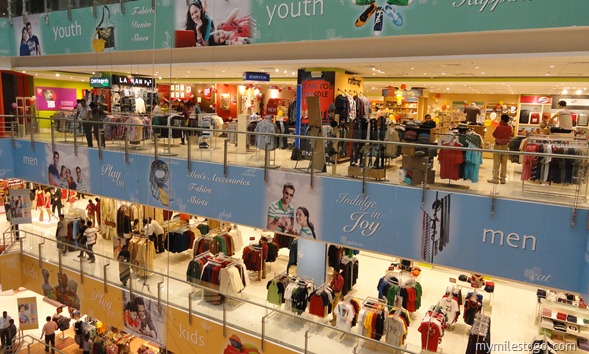 Neighbourhood Malls serve an important purpose in developed Retail markets, especially the West and in some parts of SE Asia. it’s a place where people in the locality congregate; where local events like concerts and cookery shows are held frequently; where consumers frequent with their families, for shopping and dining. The best part about such a format, is it doesn’t take too much space – the Mall itself is a third or fourth the size of Large Destination Malls spread usually over 0.8 – 1.0 million sft, has 2-3 anchors, usually a Department store, a QSR and a Hypermarket and a bunch of vanilla stores ranging from electronics to personal care, fashion, household etc. Parking is limited, due to space constraints, but there is ample public transport connectivity either through Metro trains or road transportation. In fact, some Malls in Singapore, Malaysia, Hong Kong and Thailand even offer complimentary pick-up / drops in Buses from a central point such as the closest Metro train station or a suburban Bus Terminus – a key attraction for families. The Buses, which undertake round trips operate on a set-frequency, which is published through various media such as the Mall’s websites, brochures, at train and bus stations, sometimes even in the newspapers and FM radios. The cost of managing the free transportation is recovered through advertising within the buses – by Brands who operate within the Mall as well as consumer brands such as Airlines and Telecom players. This not only provides enough cash to the Malls, but also a small surplus that goes directly into the Mall’s profitability. 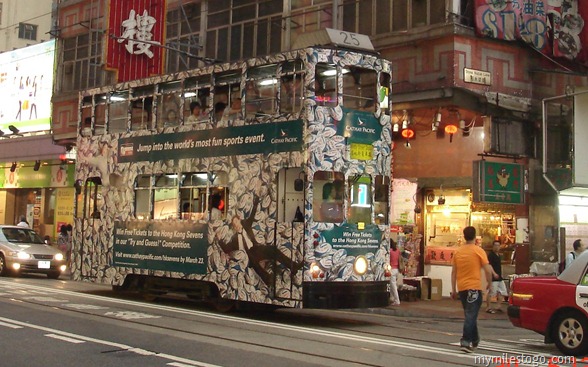 One of the biggest challenges India is facing today is public infrastructure – from Metro connectivity to wide roads, there is severe crunch on mass transportation. As I see, such malls are the future of large Indian Metros and Mini-Metro cities. It is not just a waste of time and money to travel long distances to visit a large mall, but also a terrible use of liquid gold aka fuel for vehicles. These neighbourhood malls should ensure that they not only serve as a shopping destination but may also help build stronger communities in the locality, for the locality, by the locality. Just that the Mall Developers should walk the extra mile to create social awareness such as a Cycle rally to promote fitness or a Yoga session to beat office stress among the the working middle class that spends over 50 hours a week at work. Ideas galore – wonder who would implement first.

For sure, I plan to visit my neighbourhood Central over the weekend – riding on my bicycle. Not to save fuel, not even to serve as an exercise – just that the traffic is expected to be pathetic due to a huge flyover construction under progress outside the Mall; and I can navigate my way through the monstrous four and six – wheelers. See you there!