The first thought that came to my mind was – “Will this store be THE game changer for this Mall?” Not that it had weak anchors otherwise, but somehow this store, I believe would attract most number of footfalls. Time will prove, and I hope my assessment would be correct in this case too. I am referring to HyperCITY from the K Raheja Group which opened a few weeks back at Royal Meenakshi Mall - Hulimavu, a lesser known suburb in South-East Bangalore which houses one of the largest new-age residential settlements of those who are employed in IT, ITES and the BPO Industries, mainly due to the cost effective availability of housing requirements as well as reasonable accessibility in terms of time and distance to their respective workplaces. A maiden attempt by a group of enterprising entrepreneurs, I would say this is another brilliant model for Neighbourhood malls – self sustained with most aspects of modern retail within its precincts. Other anchors include Cineapolis, the Mexico based multiplex chain with its first cinema in South India, CROMA – the electronics store from Tata Retail (TRENT) and many others. 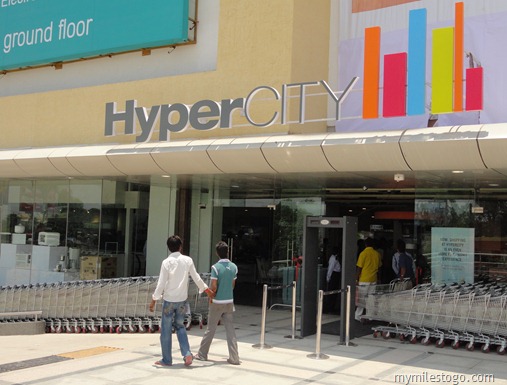 The store is located on the upper ground floor facing the main entrance and the lower ground floor of the mall with direct access to the basement parking areas – a smart move by the Retailer to encourage shoppers to enter the store directly after they park their vehicles.  However, after finishing their shopping from the Upper ground floor, one would have to pass through the lower floor to access their cars – a bit of walking around the store though, which could be inconvenient during peak shopping hours. The store is well laid out – the lower ground floor offers Grocery and other Home needs while the upper ground floor with all other categories including Electronics, Toys, Apparel, Furniture, even Bicycles and many more. My guess is that the lower ground would remain more crowded – for two reasons; one that it has brilliant view from outside and would naturally attract mall visitors, and two that it houses the core categories which shoppers would come looking to save for – grocery, fruits and vegetables and household items. What I liked the most was the “fresh section” – Maybe it was the first day and hence everything looked very nicely displayed but still, the way the categories were planned was commendable. Also, they are located deep within the store, another smart idea to pull customers inside and thereby making them walk through the store. Meat & Poultry located close by could prove to be a disadvantage if the exhausts and HVAC are not maintained well – an issue that many retailers are trying to grope with. 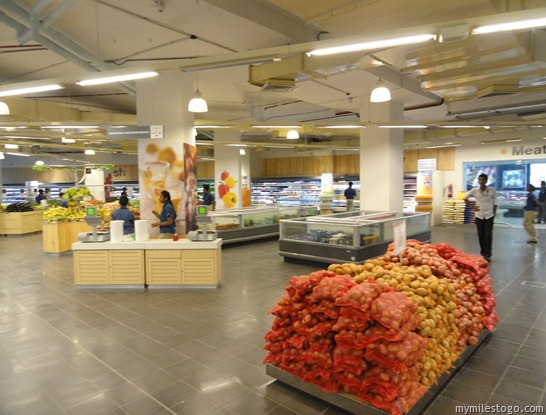 The store interiors are typical of a Hyper – no false roofing, basic tiles on the floor, tube-lights running through the length and breadth of the store and focus lights on merchandise that’s on offer. While it does reduce the Capex to a large extent, it also showcases the store as being simple and straightforward – a stark contrast to the luxury stores at high-end malls that sometimes stink of grandeur and austerity! After all, hypermarkets should also look what they profess – savings, savings and savings. And HyperCITY is indeed very good at it. On the store launch, Mark Ashman, CEO, HyperCity Retail (India) Ltd, told the media, “HyperCity is committed to fulfilling the aspirations of the local people by providing them a world-class shopping experience. Our customers will enjoy the convenience of international shopping from over 44,000 products at great value under one roof.” And all this over a mere 60,000 sft.! 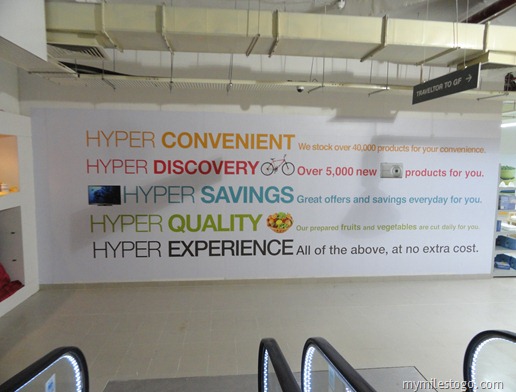 With their continued focus on convenience, experience, quality and savings, there is something that this Retailer has been doing right. Apart from stacking the right merchandise, I guess its the speed at which they have been growing. Often accused (not in a real sense though) of being slow in terms of store expansion and growth, HyperCITY has got its act right. With only 10 stores across the country, the group has managed to understand the business well – they have opened at interesting catchments across cities to ensure that they are not just in the race to grab market share but also to make money at the store level. With an investment of upto INR 2 Crores per store, the Retailer has been cautious about its overall Operational profitability which seems to be getting better by the day. Specific to this Mall, none other than the Hyper is going to be the the main anchor that would attract thousands of shoppers every month! Those who come to shop would indeed pass through the other Retail stores, Food Courts & Restaurants and m\Movies would complete the entertainment bit as well. This store is not an exception, but Hypers would become the Poster boy of Modern Retail and the Darling of Mall Developers soon.