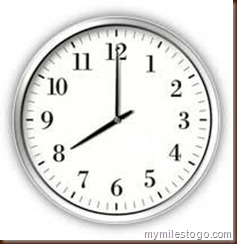 I recently received an email from Reliance Mart that they would opening their stores at 8am! The email newsletter was a bit incomplete in most respects – it doesn’t talk of its existing store timing (including opening and closing) and the list of all stores or a contact number such as a Customer Care number or a Toll Free number. It is anybody’s guess why this particular retailer would want to open so early – given that it is a Hypermarket format. In the footer of the communication, the cities where they operate is mentioned, most of which are non-Metro cities, which I guess could be the main reason for this move. In metro cities, people (Read: consumers) leave to work by 8am and return back around 8pm, hence most of the modern shopping environments including Malls, Supermarkets, Hypermarkets and Specialty Retailers open their stores only by 11am. Also, this is a huge cost-saving for retailers – lower usage of electricity and other utilities; staff can work in a single shift; most importantly, it provides time to set-up the store in the mornings – stock fulfillments, “facings” of products on the shelves and a sound briefing session to the staff.

At Foodworld, (a Supermaket chain part of the erstwhile RPG Retail) when I used to work in Chennai 10 years ago, we experimented opening the store at 7am – really early by Organized Retail standards. But what we realised was that we built a strong loyalty among the local residents and the neighborhood. Customers started coming in early to pick up vegetables that would have landed fresh at the store; and along with bought a packet of bread and some milk. And a few other daily use things too! I remember, we used to interact with regular customers and they would feel happy to be at the store so early! I guess this is one area where Kiranas cleverly take a lead amongst Organized Retailers. A typical kirana store opens by 7am and starts brisk business early. And closes as late as 10.30 or even 11pm at times.

The Government’s rules and regulations are not helping Organized Retailers either. Law states that women employees (who contribute to a significant percentage of the work force in the front-end of Organized Retail in India) cannot work beyond 9pm and should be escorted back home by the employer. Almost no one follows this though, thanks to lax overseeing by the respective agencies and authorities. The retail stores cannot function beyond a certain timeline, which is 8.30pm in Kolkata, 9.30 pm in Chennai and so on. Recently, Star Bazaar, part of TRENT Retail (owned by the TATAs) and Total Hypermarkets, part of Jubilant Retail based out of Bangalore extended their store closing time to 12.00 midnight, a welcome move by regular customers who heaved a sigh of relief since they could comfortably shop during the late hours! Mustafa, a local retail giant in Singapore, for example, is open all night and sees regular customer flow all through! I was told that the contribution of business between 9pm and 8am is almost 20% since tourists hop by after the city closes down. 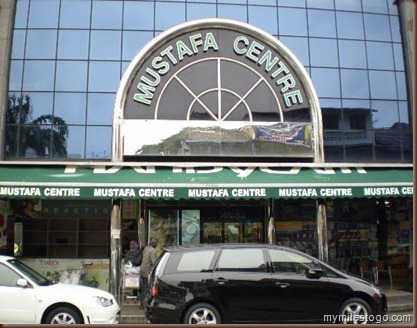 With FDI in single brand retail already in place, it is anybody’s guess if more and more Retailers would want to keep the stores open late night or open early since the International Giants might want to pump in more money and experiment if customers walk in late at night. While this may work for certain categories such as grocery, household, furniture, etc. it may be obvious that fashion is not something that could work. After all, that category of customers would we wining, dining and partying late night than shopping! Café chains such as Café Coffee Day, Barista, Costa, etc. keep their outlets open until late in the night while book store chains such as Crossword and Odyssey usually wind up early. The case may be a bit different at Airports, where a majority of International Travel happens during the night and therefore, most of the Retailers are open all through the day and night.

There are a few advantages for Retailers to have extended store opening time;

The drawbacks though, would be;

Having said that, I believe there are hardly few Retailers who would want to try this venture. For, success is not something that comes without repeated attempts!