It’s already over a week since I moved out of the Bengaluru International Airport and an “Airport Retail” perspective, but I am still somewhat connected to the Travel Retail business as Café Coffee Day operates across the key airports in India. Indian airports are joining the BIG league with Indian corporate houses actively engaging into airport development as private partners to the Indian Government’s initiative of privatizing the airports. Since the last nine years, five out of over 75 airports in India have been privatized – Cochin, Bangalore, Hyderabad, Delhi and Mumbai. These airports together handle over 70 million passengers (out of 100+ million air passengers) every year. The Indian aviation industry has been growing at a CAGR of over 15% over the past few years and this is expected to continue until 2020. 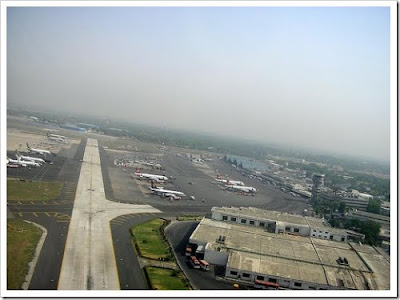 Out of the five airports, Delhi and Hyd. Airports are co-owned by the GMR Group and Mumbai and Bangalore are co-owned by the GVK Group. The GVK Group announced on 05 Nov. 2009 that it has picked up a 12% stake in BIAL, the company that operates the Bangalore Airport from one of its promoters, Unique Zurich Airport. Both the groups are large Industrial houses with varied interests across Infrastructure, Power, etc. Both the groups have their promoters and their families actively involved in the management of the in the business and the family name is projected as the face of these projects. Together, they are expected to invest over 40,000 Crores (USD 10 billion) over the next 15 years into Airport expansion and development. 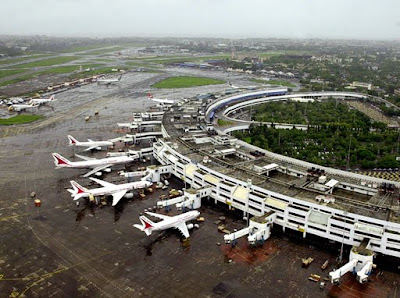 The modernization (work-in-progress) at Delhi and Mumbai airports shows the efforts undertaken by both the groups amidst stiff resistance from various Unions of the Airports Authority of India (AAI), the erstwhile operator of these airports, public outcry for loss of land & livelihood and political & bureaucratic interference in decision making. However, the outcome is welcoming to see – new structures all around, reconstruction and new construction of airside facilities including the Runway and most importantly, the Terminal Building. From curbside parking management to commercial facilities inside the Terminal, from lounges to toilets, things seem to be very well progressed in all ways. The choice of commercial offering is quite interesting – an eclectic mix of Domestic, Indian and International Brands which seem to be well accepted by passengers. 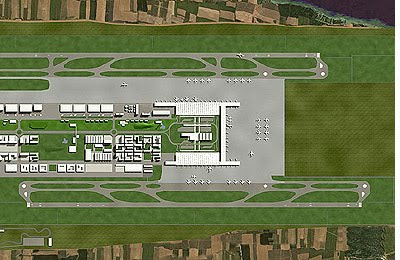 The four airports would handle over 60% of the total air traffic in India and the two groups are the ones leading this initiative. While Hyderabad and Bangalore are Greenfield airports that commenced commercial operations in March and May 2008 respectively, Bangalore is expected to initiate an interim expansion in 2010 with the surge in air-traffic. While the single runway would remain, the terminal building is expected to be substantially increased to accommodate the growth for the next 3-4 years by when the new terminal and the second runway would be in place. Hyderabad, on the other hand will saturate its Terminal space in the next 5-7 years and thereon, will also have a second Terminal and Runway. Mumbai will have its new and swanky Terminal for Domestic operations by early 2010 while Delhi will have the much talked-about and hyped Terminal 3 by the middle of 2010, well in time for the upcoming Commonwealth Games. 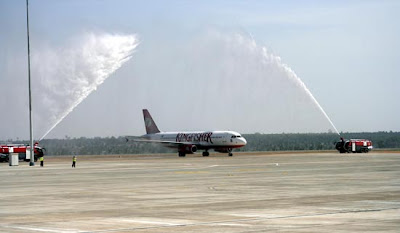 So, what’s in store for air travelers? A lot! To begin with, Indianness. Indian consumers (even air passengers in a way) are quite different from their western counterparts and this is clearly visible in their consumption patterns. Where in the world would you find air passengers enjoying hot Idlis and Vadas, Rotis and Rice or shopping for Diamonds and Watches at 7am? Where would you find air passengers enjoying a chilled beer with dosas and paneer tikkas or shopping Denims and T-Shirts at 7pm? Point to note is that most of such food is cooked and served hot – this needs a larger kitchen area than in the west where the majority of the food that is served is cold and from the chillers! If this needs to be done at the terminal level, adequate care needs to be taken while designing and planning the same. This is just the tip of the ice-berg; there are many more – higher capacities of electric power (since most of Indian food is otherwise cooked with LPG), seating space with tables (since Indian food is usually served on plates and trays), etc. And most importantly, the local identity at the airports – something that is sometimes loud, but certainly present at various international airports such as Dubai and Singapore. And a lot more to look for!

An Indian powerhouse is formed, claimed The Moodie Report, the world’s most read travel retail website while announcing the news of GVK’s strategic alliance with Zurich Airport. The Indian and International media have been covering this extensively over the past 24 hours (I get atleast 2-3 alerts on Google every half an hour!). More than the coverage and the usual media-hype, it is the substance of the news that’s more important for passengers. Like any other fellow passenger and as a representative of the Concessionaire at all the leading airports, I am quite excited about the upcoming opportunities. And I stand as a proud Indian today, looking at where the Indian companies are taking Indian Aviation infrastructure to. Jai Ho!