While this was the most spoken topic among the advertising and marketing fraternity for over 6 weeks during and after the IPL 2009, the concept still lingers on in our mind. I am referring to the Vodafone Zoozoo – an alien like creature that made the most of the recent Indian Premier League (IPL) 2009. IPL was the brainchild of serial entrepreneur and cricket fan Lalit Modi, who hit upon his goldmine idea based on the various leagues and clubs that play different games, mainly football and soccer in the west. Team Franchises are thrown open for bids and usually, the rich and famous buy them for increasing their popularity and wealth, while also increasing their Brand/firm presence. Team members are then chosen/ selected/ bought after committing several thousands of bucks by their respective franchisees. The first IPL held in 2008 was a runaway hit in India, while the second edition in 2009 was mired with controversies – due to the elections for choosing the new Parliament, and security reasons, the franchisees decided to move the show to South Africa as the former Government refused to promise fool-proof security for the events. 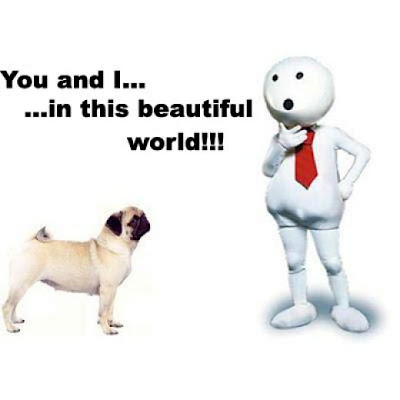 Since the IPL was played outside of India, the excitement levels among fans and viewers was much higher – the viewership also surged quite a bit compared to the previous year, thanks to higher penetration, bigger marketing budgets and adding new viewers. Various Indian brands paid large sums of money while fighting for screen-space and mind-space. Among them, Vodafone stood tall and popular. Vodafone entered India in 2005 after acquiring a major stake in the former “Hutchisson Essar” that was owned by the Ruias of the Essar Group. Since then, the former trade name “Hutch” was slowly replaced with “Vodafone” all across the country. The advertising campaigns showed a humble Pug – with their most famous tagline “Wherever you go, our network follows”. This campaign also had its share of controversies – from animal lovers to organizations that support the cause of cruelty to them, (have you ever heard of prevention of cruelty to humans, children of sex-workers, orphaned/ handicapped children, etc. !!??!!) the rich, the famous, the unheard of and the wannabes, all trying their best to gain scores on their popularity charts.

For the IPL, the creative teams at Vodafone and their agency Ogilvy wanted to send a different message with a basic question in mind – how to increase ARPUs or Average Revenue Per User. This is the fundamental measure of the telecom companies and with an existing price of Re. 1 per minute for calls made across the country, each player was trying newer ways to increase their revenues. VAS or value-added services is an important source for these companies and that is what Vodafone and Ogilvy decided to focus on. And thus was born the concept of Zoozoos – an alien like creature that has a big fat potato body and egg-shaped head with similar features as a human – that could walk, talk, sing and cry. Through this, they were trying to convey the same emotions as a human would. These low-cost production ads (that cost approx INR 3 Crores) had no celebrity endorsements – a variety of telecom operators have always used and during the same time, Airtel was using Madhavan and Vidya Balan while Idea was using Abhishek Bachhan. When the new Zoozoo ads hit the screen, it was refreshing – the young and the old took notice of what was being conveyed (mainly in the urban areas while their counterparts in the rural/semi-urban areas found it difficult to comprehend). There used to be times during the second week of the IPL when viewers were so glued to their television sets that they were actually waiting for the new Zoozoo ad!

While the campaign did extremely well, sources say that it did well in terms of collections too. A friend of mine who works for Vodafone conveyed that in the 8 weeks following the commencement of the new campaign, VAS incomes increased by over 150% in the top 4 circles that the operator is present. Quite an achievement. 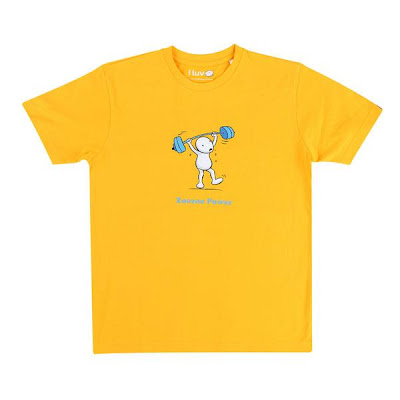 While the faithful pug remains so, the Zoozoo was given special preference – that they would be used in the form of Merchandise and would be sold. Shoppers Stop, India’s largest Department Store chain has got the exclusive rights to sell the Zoozoo merchandise at its outlets. While the deal was announced a month ago, the merchandise have already started arriving at the stores and could also be purchased online. At prices starting INR 299, this is one sure-shot hit among shoppers – of all age groups. And I am sure this is going to attract newer footfalls into the stores! Usually, when a new campaign commences at Retail stores, footfalls increase by 30% on an average. Am not sure about this one, but am sure it would only do good in the near future, for Shoppers Stop and fellow retailers inside like Café Coffee Day!

So, rush to your nearest store to grab the merchandise – whether to wear to college or to work on a Saturday, or to the tennis academy or simply to stay put at home!